Hey all, I’m sorry I’ve been relatively quiet lately, being honest I’ve been suffering a bit of a writers block because I usually write about how I’m feeling and this being a massive transitional phase I’m finding it all a bit overwhelming.

CBT and hypnotherapy are going well and I’m working each day to be a more compassionate, confident and less self loathing me. This is of course very hard work but I honestly believe that anything worth having is worth working hard for.

Compassion is an interesting thing for me to be thinking about as it’s something I’ve always felt I understood and can give to others freely. Turns out I’m awful at being compassionate towards myself and this is an area that needs significant improvement. I’ve started by not expecting so much from myself. I don’t mean not setting goals or looking to achieve things as I’m still a driven person but I’m much more realistic in my ideas about things and that gives me the luxury that if things don’t go quite according to plan I don’t end up in an anxious state and telling myself it’s all my fault.

I realise that I am happiest when life is simple, when I have the people I love around me and when I am laughing. You don’t need to be in a nightclub to have a nice evening and you certainly don’t need to be in six inch heels (I love them and they make my legs look so much nicer but my poor feet!)

Just last night we went after work to meet some friends on their camp site where they are staying for the weekend. The plan was a BBQ and some drinks. The boys were excited to play with their children and we were excited to have a relax with good conversation and some prosecco (well perhaps that was just me!)

I wore a maxi dress, flip flops and a little kimono which was perfectly acceptable for the balmy Whitstable evening we left home to. However it was much more windy in Folkestone and it became clear quite soon that I was a cardigan down!

We decided to walk from the top of the cliff which is where the campsite is to the bottom and the beach. Sounds so easy doesn’t it however eighty five active minutes on my Fitbit later, some nasty scratches from brambles, some stinging nettle stings and my hair looking like Monica in that episode of Friends where the humidity got to her we still hadn’t found a beach and gave up. But do you know what, it didn’t matter at all. We laughed, drank more prosecco, chatted and mocked ourselves for our appalling orienteering. The children played and we didn’t end up home until gone eleven pm.

This morning I had the grand idea of a chilled out Saturday where we would mooch around the Farmers Market in town and have a light lunch before the boys had a friend’s birthday party to go to. We did indeed go to the Farmers Market and I bought a beautiful bunch of flowers and the boys each had a fresh pretzel. The boys after about four minutes decided that they had got bored and kept in very loud voices saying helpful things such as, ‘this is rubbish’, ‘why isn’t the food free’ and ‘why do you want more flowers’.

We then went to the lovely Whitstable Museum which is run by some fantastic and knowledgable volunteers who very kindly let the boys handle a giant gun/musket that had just been donated and showed them various bits and pieces that we have seen many times before but they love each time. Their particular favourite is digging for sharks teeth and various Whitstable artefacts in the kids area.

Then it was off to Champs, one of our fab bakeries/cafes. We stop here many times in the week for cakes after school but today was all about the bacon and egg rolls. I was excited to sit with a cuppa and all my boys and just enjoy some time. Leo however had other ideas and squirted Ribena everywhere, kept knocking my arm every time I tried to take a sip of tea, kept kicking Karl under the table and then wiped a bogie on my arm. Nate was much better behaved and was looking through the local paper which happened to have my column in with a picture of the boys. How one seven year old child can turn a small newspaper into a million pieces of paper in a numerical order unknown to man is beyond me but he managed it.

Karl and I managed to eat our rolls and the boys munched on theirs which gave us about four minutes peace before Karl (bruises forming on his legs) said, ‘Luce, I can’t sit here anymore’. So off we went, the picture of family life, the children sporting Whitstable Mueseum badges, me carrying a beautiful bunch of flowers no one any the wiser to the fact that one of us was covered in Ribena, one in newsprint, one in spilled tea and the other unscathed but with slightly injured legs from his five year olds restless leg syndrome.

The birthday party was fab and I like a normal mother treated myself to a strawberry slush puppy and made jokes about the lack of vodka in it before wondering what people would think about a boozing mother at a bowling party. It didn’t have vodka in don’t worry, though if I had enough change and hadn’t spent it all on the various gaming machines I may have been tempted!

Have a fantastic rest of your weekend xx 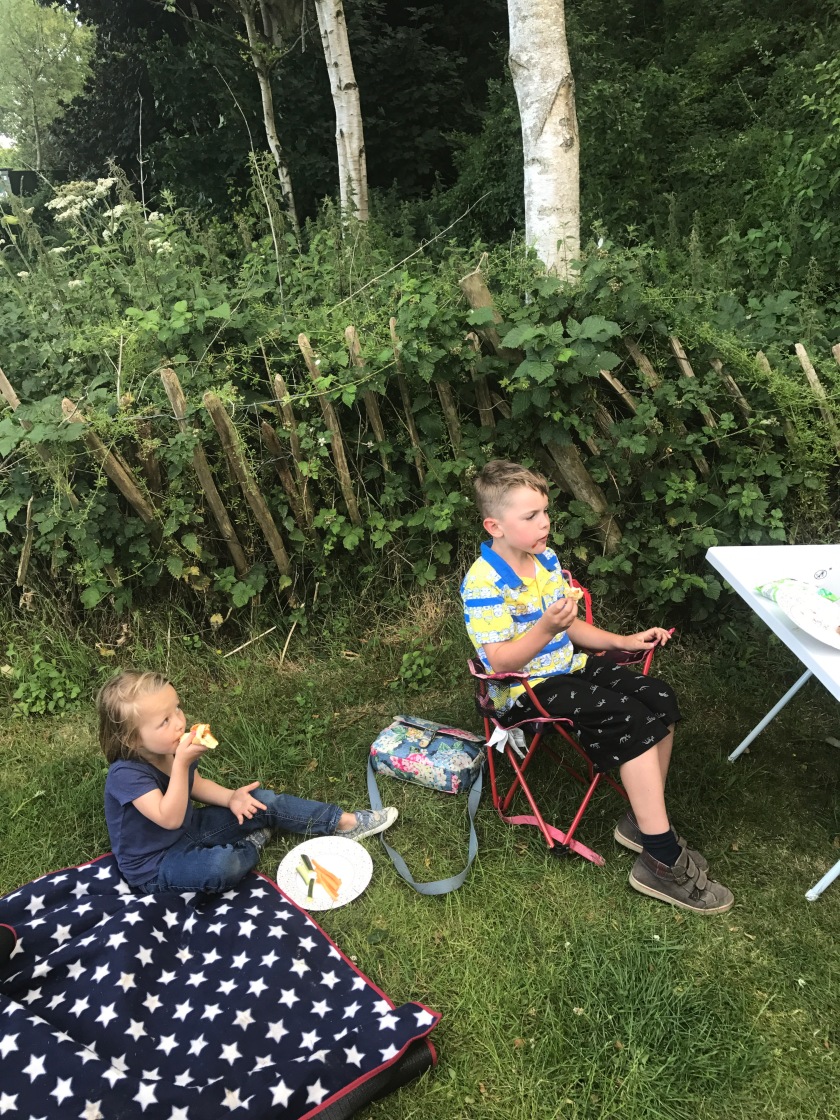 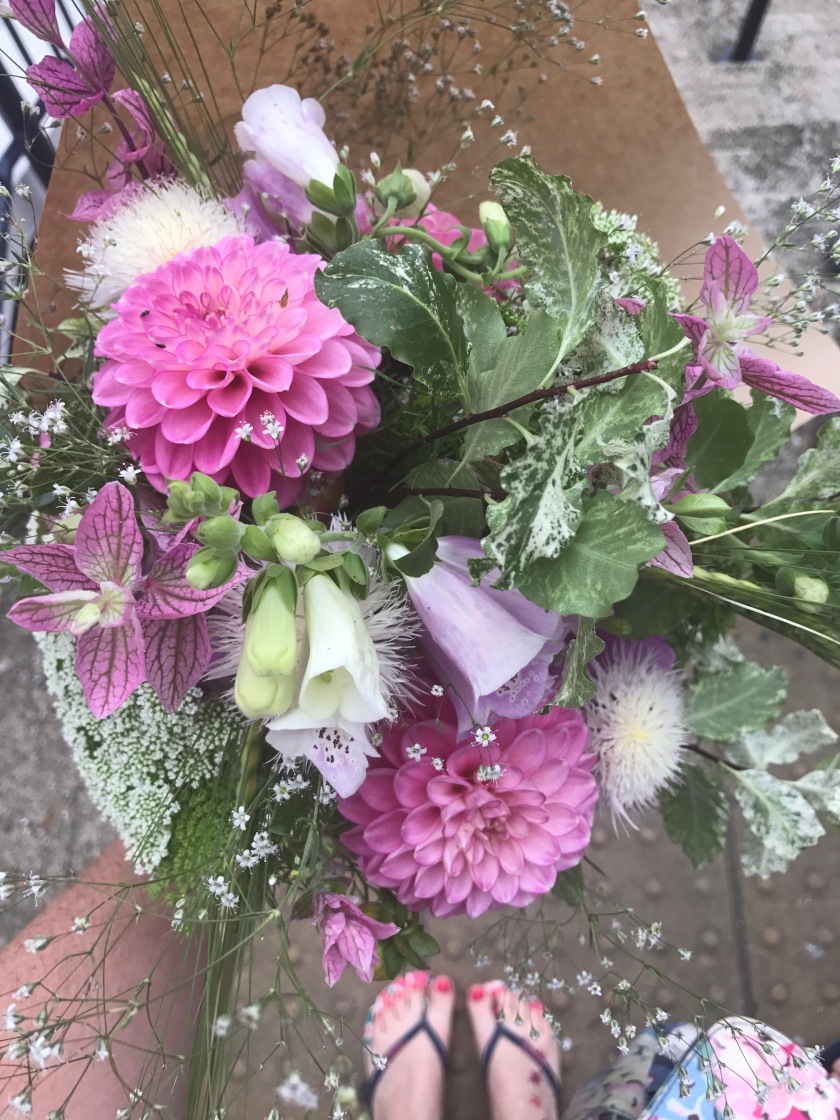 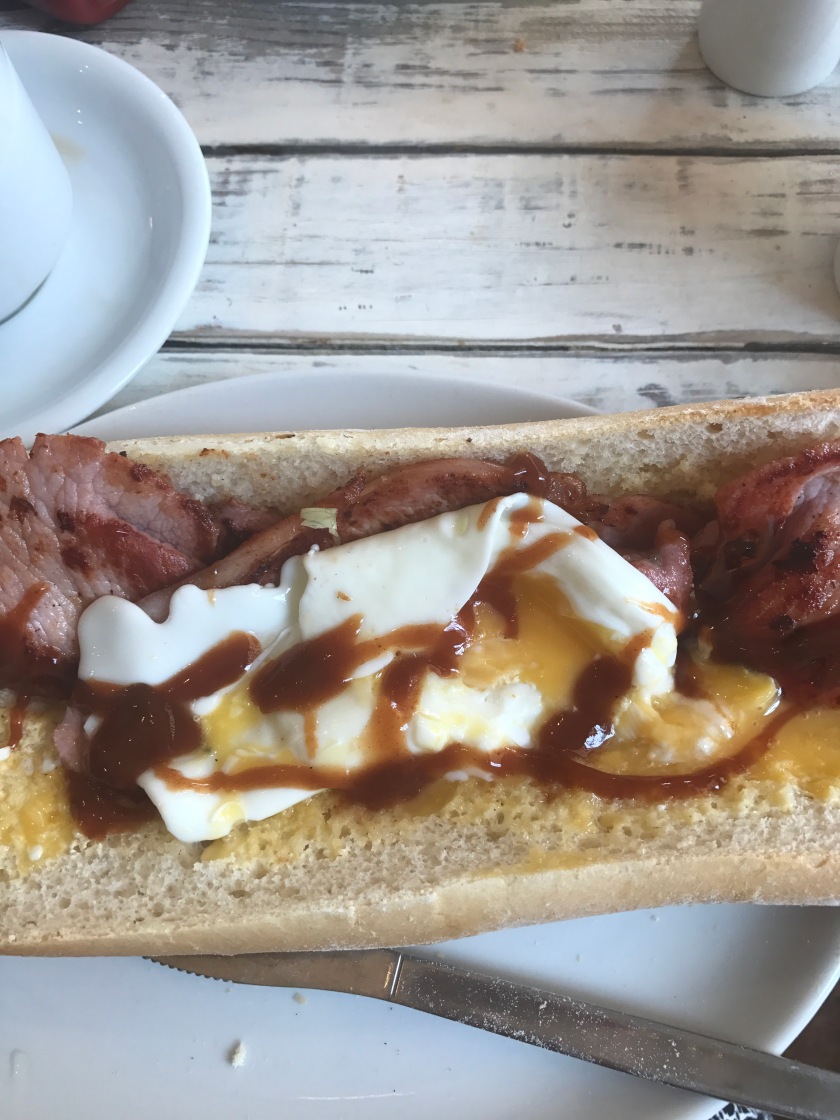 One thought on “Compassion, realism and getting stuck in a jungle……”

Not feeling at my most talkative this evening. I’ve been worn down by two little boys constantly moaning about wanting to play on bloody Fortnite and how mean I am for saying no to everything and ruining their lives. This weekend Nate turns ten. I can’t believe that I will be a mum to a ten year old and I also can’t believe that I’m just as clueless now in so many ways as I was ten years ago and dealing with a new born! I am so very lucky I know as many others don’t get the opportunity to be a mum. I wish sometimes though that I could feel like I do the job justice as opposed to fumbling in the dark the whole time (this is how it often feels!) Anyway here is some very pretty blossom which never fails to make me smile. I wish you a good evening and ask you to remember ‘it’s never a failure if you learn something from it’ much love xxx #cherryblossom #springiscoming🌸 #dsfloral #wondermore #makemoremoments #blossomofinstagram #treesofinstagram #blueskiesandsunshine #slowandsimpledays #mumtoboys #mumlifeuk #itsokaytonotbeokay #discoverunder10k #ihavethisthingwithpink #seisbest #seekinspirecreate #myhappyviews #hashtagauthentic #bekindalways #alliseeispretty #smallmomentsofcalm #alittlebeautyeveryday #beingkindtomyself
I’m still processing the news about Caroline Flack’s tragic passing. I struggle to come to terms with the fact that whatever mistakes she may or may not have made she felt that she couldn’t carry on and her only option was to take her own life. We seem to vindicate people as opposed to think about what is going on for them. We forget that we have no idea what people are going through and often their personal life is none of our own business. It’s certainly not fodder for us to gossip about, to judge or to make their lives hell. We’ve all done it at some point and usually to far less of an extent but often not realising for a second how much hurt and harm we are capable of causing. We humans make mistakes. Small ones, medium ones and sometimes monumental fuck ups and those who show us kindness in these times of need are absolutely worth their weight in gold. I’m sure Caroline had those people in her life but sadly the negative people often shout the loudest and after a while you start to believe their words and doubt yourself. As so many other people across all my social media have been doing today I am asking that we are all a bit kinder today. That we remember that our smiling friends may be crying on the inside, that our strongest friends might not always be feeling so strong and that a tiny drop of kindness can be a beacon of light in a dark world. RIP Caroline. #bekindalways #ripcarolineflack #floralflatlay #suicideawarness #mentalhealthawareness #mentalhealthmatters #talkingaboutmentalhealth #ifyoucantsaysomethingnice #projectsemicolon #timetotalk #dsfloral #alliseeispretty #smallmomentsofcalm #alittlebeautyeveryday #simplereminders #kindnessmatters #dontbeashittyperson #thistooshallpass #itsokaynottobeokay #lettering #calligraphy #handlettering #brimfulofcurious
Happy Valentine’s Day to you! The little boys Woody and Buzz aren’t really feeling the love today as they’ve had the snip. Or the ‘spade’ as the big boys have been calling it. Although Leo got confused the other day and referred to is as the ‘spank’ and asked if the cats knew they were going to get their balls ‘spanked’. I struggled to keep a straight face and not giggle but managed (just!) I hope that today has been okay for you. Love is a funny old thing and days like today often make those on their own feel lonely. I’ve always thought of a day of extra love as a pretty good thing even if it’s extra love and kindness just for yourself. Sending you a bit of extra love for today and quoting Tolstoy ‘if it is true that there are as many minds as there are heads, then there are as many kinds of love as there are hearts’ xxx #valentinesday2020 #woodyandbuzz #catsofinstagram #whitekittens #whitekittensofinstagram #mumtoboys #biglovetoyou #myhappyviews #thehappynow #petsofinstagram #kidssaythefunniestthings #loveisallaround #alliseeispretty #alittlebeautyeveryday #rescuecatsrock #adoptdontshop #makemoremoments #valentinesvibes #loveislove🌈 #slowandsimpledays #kittens_today #cutecatsclub
Ah Sunday evenings..... Leo moaning that we won’t let him play Fortnite, Nate refusing to eat his roast potatoes and no one doing their homework 😂 i was very grateful to get home okay after work today in this horrible weather and even more grateful to my mum and dad for cooking us all a yummy roast. I was also very grateful for these lovely flowers Karl bought me yesterday. They took far longer than usual to sort into an arrangement as the cats kept running off with a flower in their mouths! How has your weekend been? I hope you’ve been safe in this horrible storm and that you are in the warm tonight. Please remember ‘don’t take criticism from people you would never go to for advice’ much love xxx #tattooedwomen #inkedchicks #mybunchesofflowers #floralloveliness #myhappyviews #thehappynow #stormyweather #mystillsunday #mumtoboys #dsfloral #myeverydaymagic #floralvibes #handtiedbouquet #lucyholdingflowers #momentsofmine #slowandsimpledays #slowandglow #makemoremoments #whitstable #mentalhealthchampion #brimfulofcurious #happyinmyskin #bloomsofinstagram #confidentallycolourful
Follow tiredfromwhitstable on WordPress.com