Hey all, hope you had a fantastic weekend in the sunshine!

My weekend as per usual was manic but I managed to spend it with lots of people I love so I couldn’t ask for more.

This post is dedicated to my Sunday and is all about children’s birthday parties.

A great friend of mine who I met through Nate and her daughter being in the same swimming lesson asked me a few weeks back to help her with her daughter Evie’s 6th birthday party. I of course said yes and was excited that it fell on a weekend when both Karl and I were off so we could go along as a family.

As they do the plans evolved and my friend text me enquiringly whether I thought it would be mad of her to have the party on the beach. They have a beach hut at the Tankerton end of Whitstable and could set up everything on the beach itself. It was ambitious (being responsible for a load of six year olds is hard at the best of times let alone surrounded by water) but I figured we could pull it off.

I was totally amazed by the organisation and the massive effort that went into it by my friend and her lovely hubby and I have to say it was one of the best parties I’ve been to in ages.

Being Whitstable residents our lives revolve around the beach, it plays a huge part in our children’s lives and we are so proud to call it home. One of my favourite things to do is let the boys scoot to school while I run behind and we go through the harbour and up across the beach. We see lots of other families on their way to school and it reminds me just how lucky we are to have such a gorgeous place to live.

So yesterday morning at ten we got to the beach. It was already packed, their was hardly anywhere to park and families were already all set up for their day of fun in the sun.

We managed to find a beach that was free and began setting up, I could not believe the array of delights my friend had bought, we had the longest bunting I have ever seen, which we ran across some of the beach to almost cordon off where the party would be so the children wouldn’t wander off. There was a gazebo, banners, balloons, inflatable Dolphins, flamingos, seagulls and water rings.

My friend came equipped with a staple gun, more scissors than I own, string, staples, knives, platters, jugs, buckets for cold drink storage, tables and blankets for a seating area.

There was a limbo game, pass the parcel, two large paintings of a boat and sea scene minus the sail which were attached to the groins (with the very handy staple gun) that became pin the sail on the boat, there were funny contraptions that blew up twenty water balloons at once with large tubs to store them in for the water fight planned for later. I was massively impressed with all the work she had done.

There were Hawaiian floral garlands, crazy sunglasses and more cold drinks than some of the shops had.

Children and parents started to arrive and many parents stayed. It became a giant beach party with music (yes they even had a generator). The children swam, played and had an amazing time. They all sat on the blankets and ate their party food and no one wanted to go home.

We had a few very well deserved glasses of prosecco on the beach when everyone had gone home and Karl gave rides on his Kayak. All the while looking out over the gorgeous sea.

The party will have of course cost money, the effort that went into it as well as food, party games and drinks but far less than paying for a party at a play place or activity centre. There was no bad behaviour and all I saw were smiles. How amazing is that?

Such amazing parents doing a great job of showing their gorgeous daughter how special she is and using our home to do it. 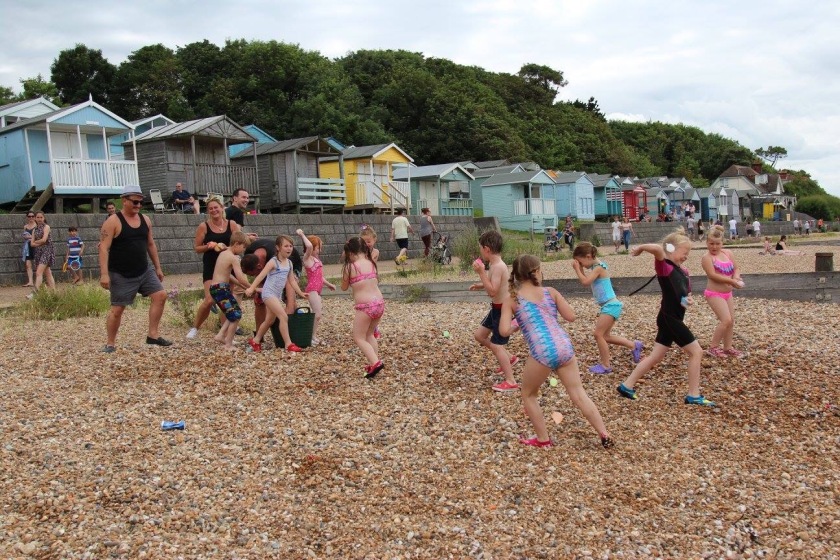 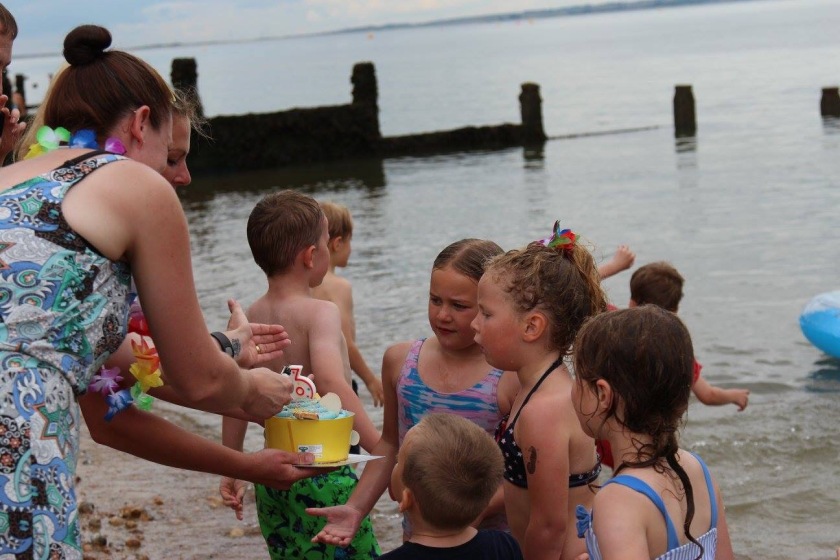